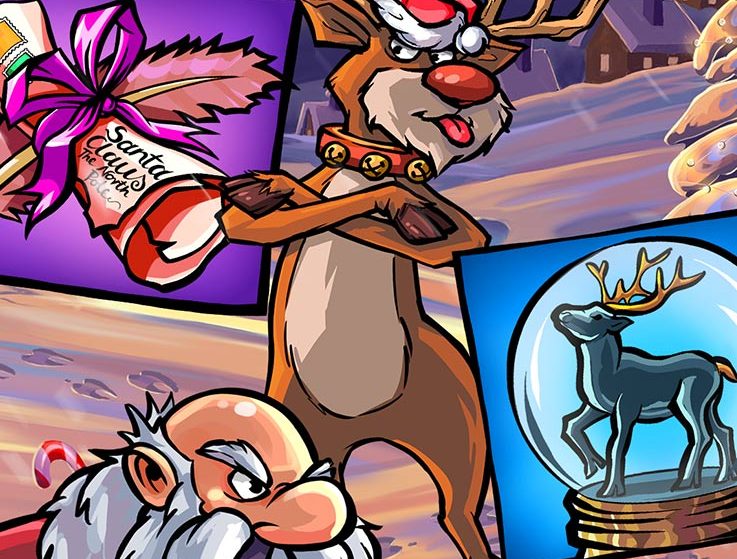 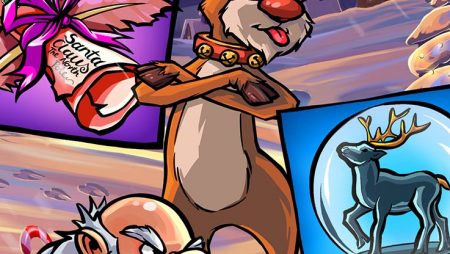 These two are usually the best of friends, but not in this slot! They’re at each other’s throats! Rudolf has only gone and nicked Santa’s hat right before he was due to fly out of the North Pole to deliver presents across the world. Now he needs your help to find his hat and get the holiday season back on track. It won’t be easy though! Rudolf is a crafty little reindeer, and he just won’t let up. Dive into this magical adventure and give it a spin. It’s Santa vs Rudolf by NetEnt, the perfectly humorous slot machine to kick off the 2019 holiday festivities!

Santa vs Rudolf is following on from the huge success and laughs of Jingle Spin and is a merry addition to our seasonal portfolio that perfectly captures the joy and cheer of this holiday season. Santa vs Rudolf continues the humorous trend with goofy antics from our two favorite holiday heroes battling it out for seasonal supremacy. This narrative will be hard to resist even amongst the scrooges in our player base.

Santa vs Rudolf is a 5-reel, 3-row, 20-line (fixed) win-both-ways video slot with Re-Spins, Free Spins, Wild substitutions, Walking Wilds and 2 Bonus Features. It’s all about the Walking Wilds Re-Spins combined with Win-Both-Ways.Win both ways also means that a walking wild has the potential to pay multiple times as it moves from reel to reel. The Walking Wilds also trigger Free Spins, so no Scatter gets in the way of winning lines!

There are 2 enticing Bonus Features for players. The first is the Santa’s Gifts where players pick Santa’s Gifts from 3 sets with an exciting Pick & Click style game delivering coin prizes and Multipliers. The second feature is Rudolf Spins – three Bonus spins with 5 Wilds appearing randomly on the reels meaning huge wins are bound to happen!

The Gift that Keeps on Giving

As mentioned above, the game boasts 20 fixed lines with wins coming from both ways. One of the most enticing bonus features in this game are the walking wilds where Santa and Rudolf can charge across the reels toward each other. Of course this plays into the game’s well developed storyline, but it also results in huge reward potential.

You can always count on NetEnt to release a stellar holiday release at Christmas and this year is no exception. Complete with comedic storyline and great game play, Santa vs Rudolf is sure to delight players with the chance at giving them an extra special holiday gift.