Attention chefs! Heat up the kitchen with Hell’s Kitchen slot from NetEnt 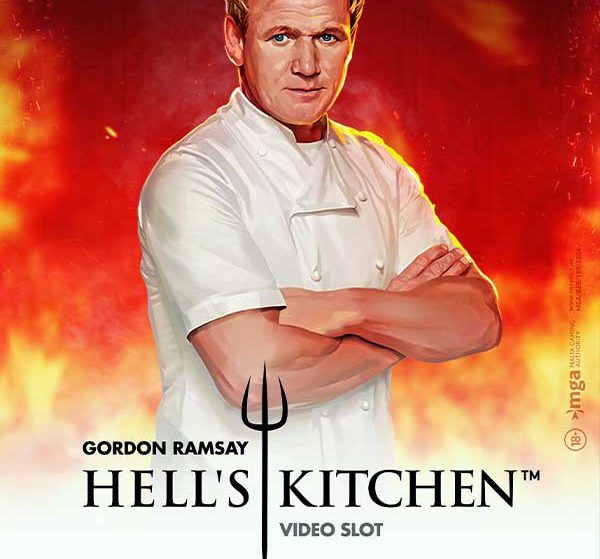 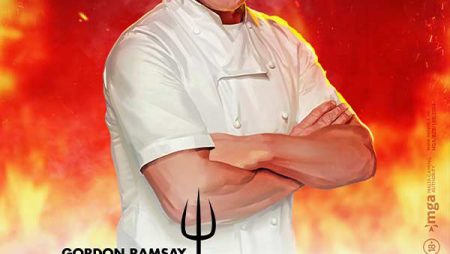 Internationally renowned restaurateur and fiery TV personality Gordon Ramsay first hit TV screens in 1998 in the UK with a mini-series called Boiling Point. Since then, the hot-tempered chef has become a household name due to his sharp wit and global appeal. Now he is the focal point of one of NetEnt’s most anticipated slots ever with Gordon Ramsay Hell’s Kitchen online slot!

Cook up a storm of winnings

This game is set to launch on March 25th, 2021 and is sure to be top of the menu on every player’s list. The game centers around one of the world’s most renowned and influential TV chefs and boasts a ton of mouth watering bonuses across its 5-reels and 25-paylines. Watch as Gordon gets irate at his chefs and starts tossing plates, pots and random wilds at the reels. In the Team Challenge Free Spins bonus you’ll be on either team red or blue while earning spins with multipliers and random wilds. Finally in the Pick-and-Click bonus, select 12 menus from the 15 options and accumulate massive prizes!

Gordon Ramsay is a true rock star of the restaurant world. His strong personality and use of colourful vocabulary as front-man of Hell’s Kitchen have earned him legend status as a multi-Michelin starred celebrity chef, with fans all over the world. Just as importantly, this allows us to produce a true slot with a strong narrative and a lot of adult fun! We can’t wait to see what our players think of what we have in store for them.

We start off with Random Wilds. Gordon is known to throw things at rubbish chefs, and in the main game, he might throw knives, plates, or pots at the reels, which will turn symbols into Wilds. You can get 5 to 7 Wilds this way. Wild symbols substitute for most symbols, and pay the highest possible winning combinations. With the Random Wilds feature you’re likely to get some gorgeous wins.

The second ingredient is Free Spins. This is where a lot of the slot’s flavor lies. In Free Spins, you’ve got to choose a team: either you’re on the red team, or the blue team.  The two teams go head-to-head, but you’ll get the winnings regardless of which team you’re on. And Bonus features like Multipliers and Random Wilds mean that you’ve got a good chance to land some nice wins.

Get your Pick-and-Click desserts!

If your team wins, you enter the Pick-and-Click Bonus game, which is the final and most crucial ingredient. You are presented with 15 menus. 12 will give you a nice prize: coin wins or multipliers. But three of the menus have got crosses on the other side. 3 crosses and you’re out, so don’t choose those. Choose the right menus, and you’ll get fantastic results.

Fuelled by the intensity of the renowned TV personality and accomplished chef, Gordon Ramsay Hell’s Kitchen slot is sure to entertain fans of the show and slot players alike. The game’s bonus features are kept purposefully simple to show off the mastery of the game creation itself, though not completely void of great features. Random wilds are thrown onto the screen in a themed Ramsay rant sort of way, while the Team Challenge free spins is sure to bring the game excitement to the next level. Hell’s Kitchen released March 25th, 2021.

Betting News Gambling News
The stars are aligning for massive entertainment in Starburst XXXtreme!
1 year ago
0 281 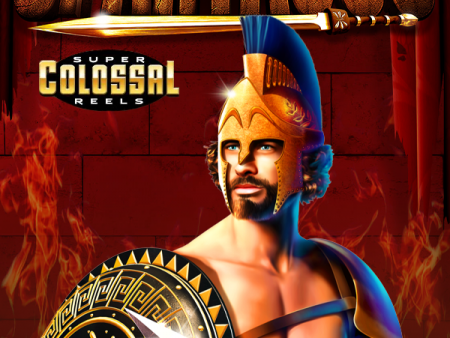