You know what it means when that Hotline Blings 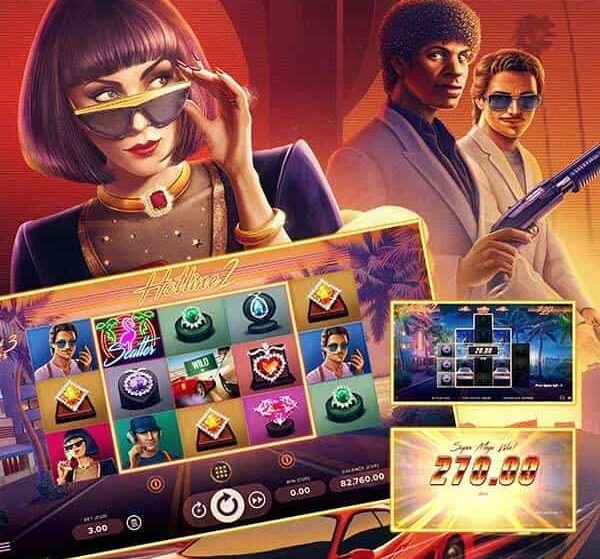 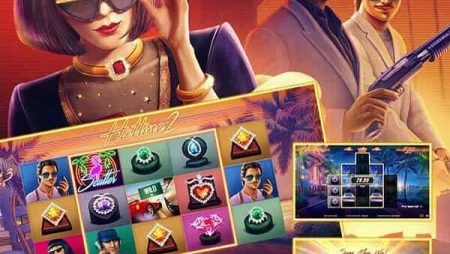 The excitement of the chase; the thrill of the Hotline. Head back to the 80’s, step onto the crime ridden streets of Miami and give it a spin in the retro Hotline 2 sequal slot from NetEnt.

Twilight Miami backdrop, retro-cool soundtrack and 80s-style graphics come together to bring this slot franchise back with a bang. In Hotline 2, Detectives Quinn and Riviera are brought in to investigate a jewelry store robbery in sunny Miami. But what started out as a simple jewelry heist investigation just got a whole lot more complicated when it turns out the devious Kitty Weiss is involved!

There is only one thing this slot means…

Exciting wins! Just like in the original, Hotline 2 slot comes with an awesome Hotline feature that increases the chance to win Expanding Wild symbols for a higher bet. Reel 3 is a hotline in the base game. You want to land a Wild on that reel. A Wild symbol landing on a Hotline expands to cover the entire reel if resulting in a bet way win. Other reels can be turned into hotlines with bonus bets.

Light up the Reels Bonus Features

The game also has multiple band features which activate when you power up the charge meter. The meter is charged by any winning band member symbols that land on the reels during a spin. For every five symbols, a charge feature activates at the end of your spin, features occur randomly one by one. For each feature, a band member is randomly chosen as the symbol to trigger the features; if there are no band members on the grid, one of the other symbols will substitute. The features are:

Hotline 2 slot is played with the Base Bet and two Bonus Bet levels: the Double Bet and the Triple Bet. At Base Bet, reel 3 is a Hotline. More reels can be turned into hotlines. Here’s how it works:

When the Double Bet is activated, reels 3 and 4 are Hotlines, and the bet is doubled.

When the Triple Bet is activated, reels 2, 3 and 4 are Hotlines, and the bet is tripled.

As explained above, a Wild symbol landing on a Hotline expands to cover the entire reel if resulting in a bet way win. Other reels can be turned into hotlines with bonus bets.

In this slot, Wild symbols can appear on reels 2, 3, and 4 in the main game and Free Spins and substitute for all symbols except for Scatter symbols. Wild and Expanding Wild symbol substitution pays the highest possible winning combination on a bet way according to the Paytable. If a Wild symbol lands on a Hotline, it expands to cover the entire reel.

Scatter symbols activated Free Spins. In Free Spins, landing Wild symbols can increased the height of a reel, creating more bet ways. The number of bet ways in Free Spins starts at 243 and can reach up to 1944 when the height of reels 2, 3 and 4 increases!

Hotline 2 is a worth sequel the original Hotline slot which won players over with its retro 80’s graphics, soundtrack, and intriguing gameplay. In this game, players get the same Hotline Feature that was present in the first and join Detectives Quinn and Rivera as they attempt again to rid Miami streets of the crime that has besieged the city. Win up to 5,184x your bet with the Hotline Feature, Wilds, Expanding Wilds, Free Spins, Reel Expansions and a bit of luck!

Betting News Gambling News
The stars are aligning for massive entertainment in Starburst XXXtreme!
10 months ago
0 216

The stars are aligning for massive entertainment in Starburst XXXtreme!
10 months ago