Battleship Direct Hit! is an exciting immersive Any Ways game based on the classic Hasbro game featuring up to 117,649 Megaways to win, and Cascading Wins to pile up prizes.

Arm your battelships and get ready to engage in an epic battle on the reels of this action-packed game from Red 7! 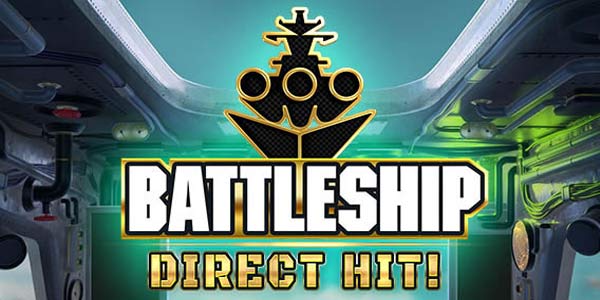 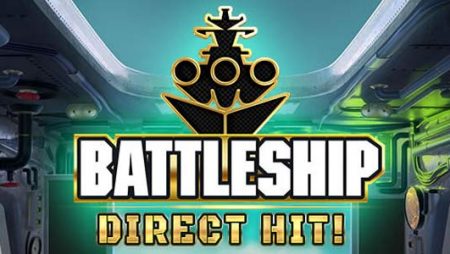 Get ready blast your way to winnings across up to 117,649 ways to win on every spin in Battleship Direct Hit! slot from Red 7! New ships glide in on every spin in this Megaways™ sensation. Land a missile and eliminate all symbols above for more chances to win and destroy ship sections in your line of fire. Sink an entire ship and move full steam ahead into free spins where jackpots and more free games await. Demolish 2 aircraft carriers at once for 100 free spins! Like its classic Hasbro namesake, the Battleship Direct Hit! slot game packs some serious firepower.

How to Play Battleship Direct Hit!

The first incarnation of the Battleship board game, from which this slot is based, is reported to have been invented in the 1930’s between the first and second World Wars. Through various releases and licensing the game has seen a few variations, the latest being this action-packed slots game.

In Battleship Direct Hit! players are trying to land matching symbols on adjacent reels beginning with the far left reel. Win on multiple ways are added together. The excitement for this game is amped up even further with the introduction of the Megaways math mechanic under license from Big Time Gaming. With this, you get 6 reels, up to 7 rows, and up to a staggering 117,649 Megaways ways to win. Cascading win destroy and sink winning symbols allowing new win possibilities and for prizes to start piling up. And its all initiated with a single push of the spin button. Gentlemen, arm your battleships!

BATTLESHIP Direct Hit! is an exciting immersive Any Ways game based on the classic Hasbro game. Win up to 117,649 ways in this thrilling slot game. Sink ships to win free spins and jackpot prizes! When MISSILE symbols land, they are launched towards the ships above the reels. Sink entire ships to win the award associated with each ship. This game has 6 reels with up to 7 rows. The number of ways is randomized every spin.

The Missile symbol is a scatter and can be used to trigger the free spins bonus. The Battleship is wild and substitutes for all other symbols in the game except Missile Scatters to complete possible winning combinations.

Throughout the game, symbols that are part of winning combinations are destroyed and sunk. Symbols from above will drop down to fill empty spaces and new symbols will fall to fill any remaining spaces. MISSILE and WILD symbols will also undergo cascading mechanics.

At the end of any base game spin, before the pays are evaluated, turrets can unleash a barrage onto the reels, replacing low paying symbols with higher paying symbols.

Some games just seem to escape time and Battleship is one such game. Red 7 have taken the original board game and translated it into an exciting, feature-packed, action-packed slots game with up to 117,649 Megaways to win. Cascading Wins and four levels of Jackpot prizes make this game one of the hottest in iGaming today.