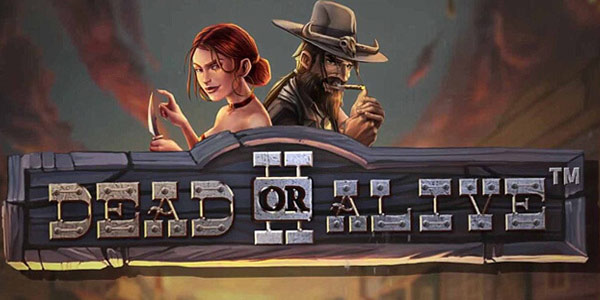 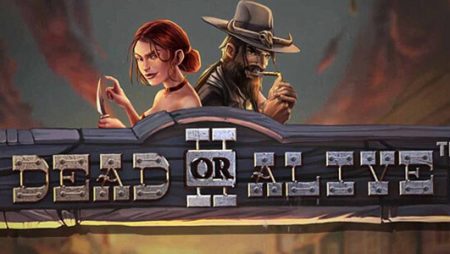 There’s something about the old West that gives us a warm fuzzy feeling inside. Who knows why we love it so much? Maybe there’s a rugged outlaw lurking in each of us. Or a Sheriff who wants to run criminals out of town. Whatever. I just like the clickity-click sound of a 6-shooter right before it goes boom. So satisfying. That’s just what you get with NetEnt’s Dead or Alive II™. Except it’s not the barrel of a gun you’re spinning.

We’ve listened to players when creating this game. Many fans have wanted a sequel to Dead or Alive.

The game is a sequel to the infamous Dead or Alive™. Dead or Alive™ began its long life at the top of casinos’ most-wanted lists in May 2009. Since then, it has become a favourite for players around the world that like high volatility games. It’s one of the true legendary slots that offers extreme volatility, and the chance to hit really big wins. One of the features has become a holy grail among video slot players: the hunt for the full wild line. Players have been asking for a sequel for quite some time, and NetEnt has delivered.

Following up a Monster Hit

The first iteration of Dead or Alive performed incredibly well for NetEnt and the challenge was to create a game that stayed true to the original but could supersede its success. While the original might have cemented itself in slot player lore, today’s slot market has increased competition and easy access to a wide variety of slots. Players are now specific in what they want in a slot including its volatility and says Bryan Upton, NetEnt’s Director of Game, “This means that we need to diversify our portfolio, both in terms of themes, but also in mechanics and what payout potential our games deliver. Many fans has also wanted games with higher volatility. The result is Dead or Alive 2, where in fact players can choose for themselves how volatile they want the free spin feature to be.”

The new Dead or Alive 2 slot machine from NetEnt is a stellar follow-up to their original hit game. By analyzing millions of spins, NetEnt has discovered what player’s are looking for in their gameplay and the result is this game. Hit one of three free spins bonus rounds or complete combos with one of five wild symbols for huge prizes.