Search for the lost golden city of El Dorado with a famous Spanish explorer in Gonzo's Quest Megaway with up to 117,649 ways to win! 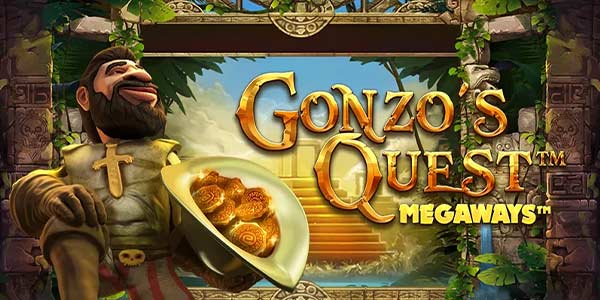 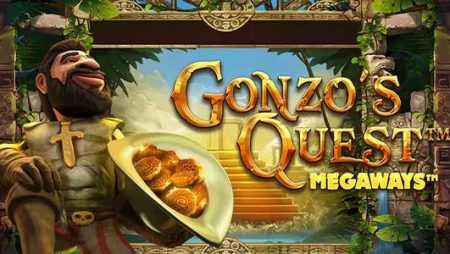 Join NetEnt’s famous Spanish explorer Gonzo as you search for the lost golden city of El Dorado and the treasures hidden within its walls. The legend that is Gonzo’s Quest meets MegaWays in this Red Tiger Gaming powered slot, for wins of over 20,000x. The incredible graphics, smooth animations and exciting features in this game have all helped Gonzo’s Quest Megaways to become one of the world’s favourite online slots!

Explore a new world of winnings!

Tag along with Gonzo, the quirky bearded Spanish explorer, as he ventures through the deepest jungle in search of the long lost city of gold where a mystical avalanche of cascading blocks hides great treasures. The ultimate goal is clear – land the Free Fall symbols to enter the dramatic bonus round where multipliers of up to X15 await to unlock spectacular fortunes in this rip-roaring adventure!

The Megaways mechanic is used under license from Big Time Gaming. Each spin awards a different ways to win combination depending on the total number of symbols which lands on the reels.

Landing a maximum of 7 symbols on each of the 6 reels offers a potential 117,649 Megaways to win on every spin!

The symbols fall into positions on the reels, instead of spinning. Symbols in winning combinations explode and disappear, leaving space for a second Avalanche of symbols for a chance of bigger wins.

The Avalanches continue until there are no more wins.

Winning ways trigger the Avalanche™ Multiplier which increases the reward from each winning way occurring during the spin until it reaches the maximum multiplier. In the basic game the first win way increases it to X2, the second to X3 and the third to X5 which remains for the duration of the spin and applies to all subsequent wins.

The Avalanche™ Multiplier resets after the end of the spin.

The slot may randomly start to shake and all low-paying symbols will be destroyed allowing only high-paying symbols to take their place in the following re-spins.

Wilds do not break when they participate in a win. Their number will be limited to two on the reels at the same time. The first one can land on the first three reels and the second one on the second three reels. Wilds substitute for both paying symbols and Free Fall symbols.

Each symbol that participates in the win way awards 3 Free Spins.

In Free Fall the Avalanche™ Multiplier’s progression is as follows:

After the end of the bonus round, the player returns to the previous scene, where the symbols that triggered Free Fall are destroyed for a chance of even more wins. The win multiplier from the last respin before the bonus round also remains until there are no more wins.

Additional Free Spins may be won during Free Fall.

Based on the original and legendary Gonzo’s Quest slot, NetEnt has partnered with both Red Tiger Gaming and Big Time Gaming to unleash and even more memorable game. The game is packed with incredible bonuses that lead to big chances for impressive wins. While some of the common NetEnt features are in this slot, the real shining star is the Megaways mechanic and related Avalanche feature that can really lead to massive prizes.