Win up to $250,000 per spin across 20-lines in Gremlins slot machine by WMS and Red 7 featuring three different free spins rounds. 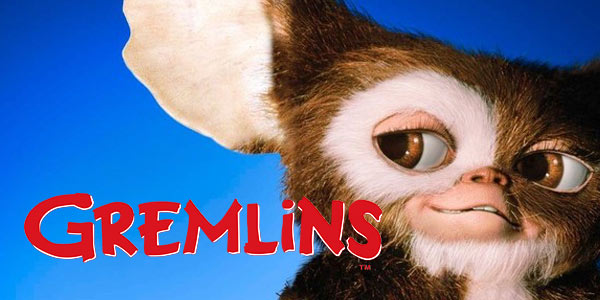 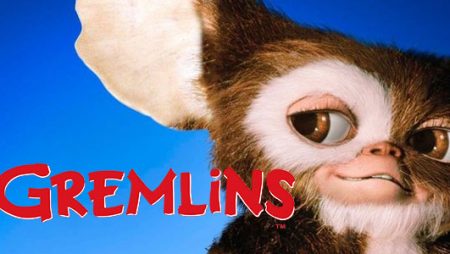 “Don’t expose him to bright light. Don’t ever get him wet. And don’t ever, ever feed him after midnight.” Find the courage to spin across 20-lines of the new Gremlins slot online by WMS and Red 7 and take home huge rewards. This entertaining new game is based on the hit 1984 comedy/horror film from writer Chris Columbus and Director Joe Dante.

How to Play Gremlins Slot Online

This 5 reel game has 3 rows and 20 paylines of fast-paced slots action. Join Gizmo in connecting symbols where only the highest win is paid on each line played. All lines pay symbols must appear on a played line and on consecutive reels, beginning with the far left reel.

Wins that occur on all lines played are added to the total win. The paytable reflects the current bet configuration.

The Wild Stripe symbol appears on all reels and substitutes for all symbols except scatter symbols.

The Bonus symbol is a scatter symbol which can only land on reels 1, 3 and 5.

The Sun symbol is a scatter symbol and only appears in the Avoid the Sun Free Spins feature.

The Stripe Gremlin symbol is a scatter symbol, and only appears in Gremlin Link Free Spins.

The Gizmo Multiplier symbol is a scatter symbol, and only appears in Gremlin Link free Spins.

During the base game, there is a chance for WILD symbols to multiply and replace random symbols on the reels at the end of a spin.

No More Cash After Midnight Feature

The cute and cuddly Mogwai can pack can reward you with huge prizes, but beware of Stripe, the Gremlin leader. Spins across 20-lines in the fun Gremlins online slot machine from Red 7 and WMS, based on the hit 1984 film directed by Joe Danted. Muster the courage to bet big and be rewarded with one of three free spins bonus round or the Gizmo Box Hunt Bonus Feature.