Dance with delight in Michael Jackson: King of Pop online slot from Bally where you can spin for big wins and listen to the king's hit music! 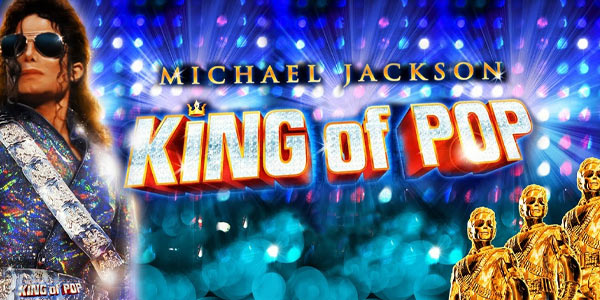 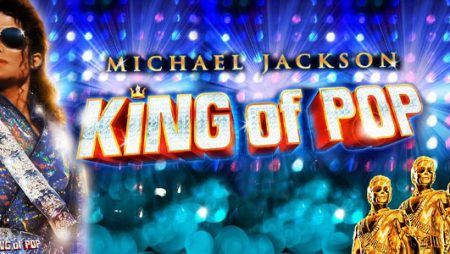 Moon walk your way to massive wins with a few lucky spins on Bally’s licensed Michael Jackson: King of Pop online slot! This full featured game boasts 5 reels and 25 lines of toe-tapping action where you’ll be listening to some of the king’s greatest hits. Song credits on the game include tracks like “Beat It”, “Billie Jean”, “Bad”, “Dirty Diana”, and “Smooth Criminal”.

The Magic of Michael

From his glittering glove and fancy feet to the sweet sounds of his music, nothing has ever quite taken the pop world by storm like Michael Jackson. This Bally slot release is no different as it pays homage to the king. The game has a standard 5×3 reel set with 25 lines with fantastic bonus features and jackpot prizes.

During any base game spin, there is a chance 2 reels will become wild. Wilds substitute for all symbols except BONUS and JACKPOT. If a BONUS or JACKPOT symbol would land in a space where a wild appears, it counts as both a wild and that symbol.

BONUS appearing on or within 1 position of centerline on reels 2, 3, and 4 initiates the Wheel Bonus. One spin of the wheel is awarded. Player can win free games, credits, or credits with an additional spin of a multiplier wheel.

Toe-tapping celebrations are just a spin away in this incredible Michael Jackson online slot machine. Bally have released a sure hit by combining the King of Pop’s charming persona and hit music with fantastic game play and bonus features. Beat It Free Games and Smooth Criminal Free Games can keep your winning streaks going while Stacked and Moonwalk Wilds can create award giant prize amounts.