Select one of 8 original game characters and fight to win the tournament and big prizes in this remake of the original Street Fighter 2 game by Capcom! 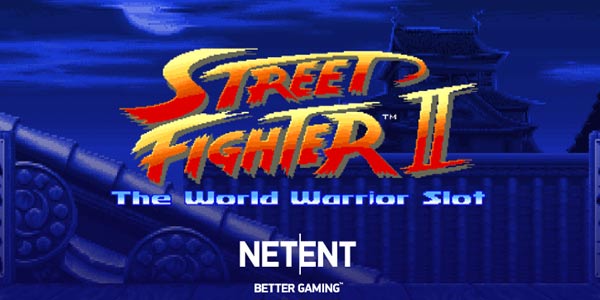 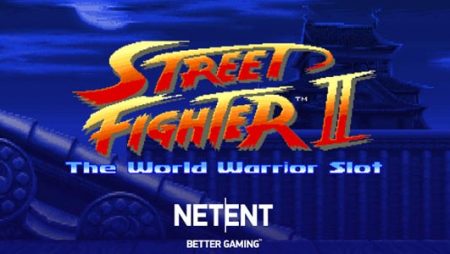 Round 1. Fight!  NetEnt’s Street Fighter II: The World Warrior Slot™ gives you the chance to revisit the iconic world of Street Fighter. Be taken back to 1991 with this incredible new game. For some of you it’ll seem like only yesterday. For others, you might not even have been born! But all of you will love the feel of this slot, which is based on what is arguably the greatest fighting game of all time.

The game is presented on a 5 x 5 grid featuring a Cluster Pays game mechanic. Connect four or more of the same symbol on adjacent spaces anywhere on the board to win instantly. Street Fighter II: The World Warrior Slot™ has a ton of features and gamification as well, that makes the game feel and play very similarly to the original arcade version… the same graphics, the same emotion, and the same fist-pumping action!

Choose one of 8 characters and fight a random opponent.  If you win the battle, you are awarded Beat the Boss Free Spins. There are 4 boss levels in Free Spins. Each level offers a higher multiplier. Only by beating a boss can you move to the next level. Each victory increases your chances of winning big. Keep fighting off your opponents until you come up against the final boss himself… M. Bison!

This game is loaded with Wilds. Each high-value symbol in a winning combination gives you one point. Collect 7 or more points, and the Wild Combo feature is activated, randomly placing Wild symbols on the reels, and giving you a chance to win big!

A hidden bonus game allows you to control your character just in like in the original arcade! Remember the part in the game where Ryu smashes up a car? Well, it’s time to do it again!

Nearly 30 years after Capcom released the original Street Fighter 2 game, Netent has stepped up in a big way to release this stellar game. Packed with 8 original and selectable characters, graphics and bonuses that stay true to the original, this game is sure to conjure up nostalgia in video game lovers. Big fights and big wins are around every corner; defeat M. Bison and take home the ultimate prizes!