"What do you wanna do with your life!?" Answer the Angry Dad with winnings spins in the 6x6 Twisted Sister online slot from Play'n GO. 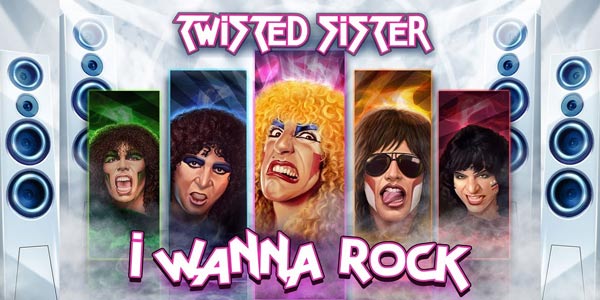 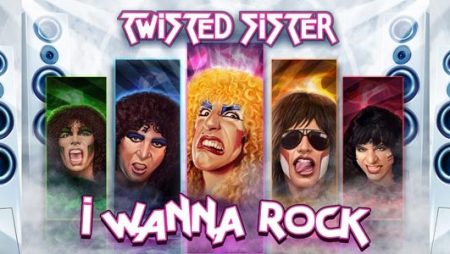 The band that reached worldwide acclaim during the 80s with their album Stay Hungry has been brought to the spotlight again in the new Twisted Sister online slot from Play’n GO. This game is a 6×6 cascading grid slot based around two Twisted Sister’s biggest hits from that album: I Wanna Rock, and We’re Not Gonna Take It.

Are YOU ready to rock?

The game is presented on a 6 x 6 grid featuring a Cluster Pays game mechanic. Unleash band features including Unite, Scream and Go Wild. Witness the Mega Band versus the Angry Dads showdown during We’re Not Gonna Take It bonus round and earn massive rebellious wins! In fact, wins in this fun rock slot can reach a monstrous 4500x your bet!

Power Up the Band Features

The game also has multiple band features which activate when you power up the charge meter. The meter is charged by any winning band member symbols that land on the reels during a spin. For every five symbols, a charge feature activates at the end of your spin, features occur randomly one by one. For each feature, a band member is randomly chosen as the symbol to trigger the features; if there are no band members on the grid, one of the other symbols will substitute. The features are:

The chosen band member will release a powerful soundwave that will destroy any band merch symbols around it which will be replaced by more cascading symbols, giving you the chance to create new combinations.

All band members on the grid transform into the same symbol.

2 Wild Scatters are added to the grid on a non-winning spin.

We’re Not Gonna Take It

As the Mega Symbol smashes across the reels, new symbols will cascade onto the grid in their place giving you new combinations and the chance for more wins; the mode ends when all Wild Scatters have disappeared, and there are no more wins on the reels created by new symbols appearing.

Band features are also still active during your free round, giving you even more wins on the reels!

Led by frontman Dee Snider, Twisted Sister brings their rebellious lyrics and action to the reels in a heated new game from Play’n GO. Spin across 6 reels and 6 rows where you can trigger an incredible array of bonus features that can lead to wins as large as 4500x you bet per spin!