Take a spin on the Wheel and win a life-changing jackpot in Wheel of Fortune Megaways slot from IGT with up to 1,000,000 Megaways to win! 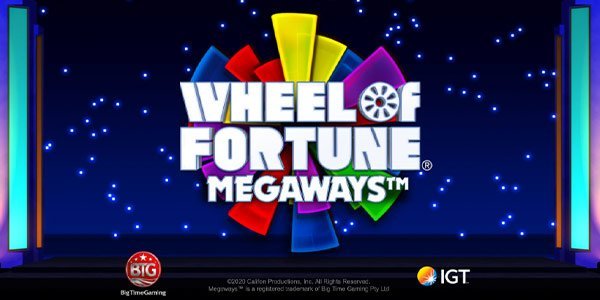 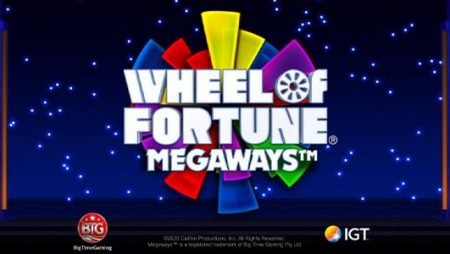 One of America’s greatest game shows, a true legend of prize TV, is back and now offering up to a million different ways to win with Wheel of Fortune Megaways slot machine! Cleverly crafted by IGT and using the Megaways mechanic under license from Big Time Gaming, players have a chance at wins up to 250,000,000 on every spin. Solve the puzzle of the reels and take home the grand prize!

Give the wheel a whirl!

Wheel of Fortune Megaways is a video slot with six reels and hosting anywhere between 2 and 7 symbols per reel. The random wheel modifier of the Megaways feature gives players up to 117,649 ways to win on every spin. It’s an insanely exciting feature because you never know how many ways you have to win on your next spin. The anticipation increases when the reels increase to offer up to 10 symbols on the reels with up to an incredible 1,000,000 Megaways to win.

With Extending Reels in the Free Spins each reel can have up to 10 symbols per reel, achieving a massive 1,000,000 Megaways to win! Wins are awarded on left to right adjacent symbols regardless of size. Payouts are multiplied by stake.

Wild substitutes for all symbols except the Scatter and Expansion Symbol. Wilds occur on reels 2 to 5 only.

Every wild has a chance of transforming into a Wild Megastack of seven Wilds. Up to 3 Wild Megastacks can appear per base game spin.

Spin the wheel to reveal your starting Megaways. Up to 117,649 Megaways will be revealed and the Free Spins round will then begin.

Every time an Expansion Symbol lands it is replaced by two new symbols, thus increasing the number of symbols in that reel by one. The reels can extend up to a maximum of 10 symbols each.

When a reel reaches the maximum of ten symbols, the Free Spins are re-triggered. Spin the Re-trigger Wheel to reveal up to an additional 12 free spins.

After a reel has re-triggered, a Wild on that reel may transform into a Wild Megastack of ten Wilds. Up to two Wild Megastacks can appear per free spin.

An incredible 1,000,000 Megaways await when the reels extend in Wheel of Fortune Megaways slot, one of the most exciting releases built around the famous TV game show. IGT and Big Time Gaming have combined forces to offer players a level of excitement in game play that can only probably be matched by the game show itself. The Wild Megastacks in Free Spins can give players a wild column 10 symbols high. Wins can reach a staggering 250,000,000 per spin!