Play one the most popular casino table games in Fortune Pai Gow Poker! Get a Fortune bonus if for premium hands and if you beat the dealer, you get paid!

The sensational Fortune Pai Gow Poker is a side bet version of the popular poker game that pays based on the value of the player’s seven cards. 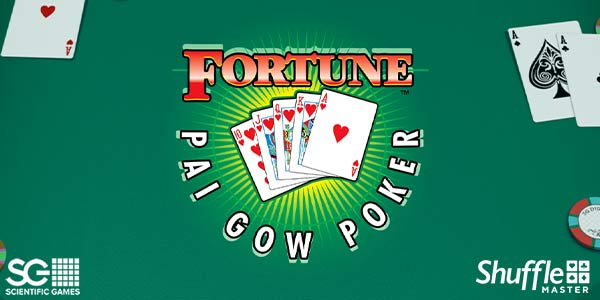 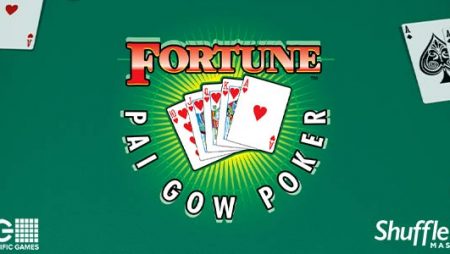 Quick to become a sensation on casino floors throughout the globe, table games players can now play Fortune Pai Gow™ Poker from Shuffle Master free online at CasinoGames.bet. Fortune Pai Gow Poker is a poker game that uses a standard deck of 52 cards, with the addition of a single joker. The player is dealt a hand of seven cards and must make two hands (one of five cards and one of two). The players hands must beat the house’s hands to win.

The payouts for the Pai Gow Bet are as follows:

For lovers of casino table games, there isn’t a much more exciting game than Fortune Pai Gow Poker. The game has quickly gained favour with players since its release to become one of the most popular games on the floor. The Fortune Bonus side bet is a sure draw to the game while the Joker is a nice bonus to complete winning hands.